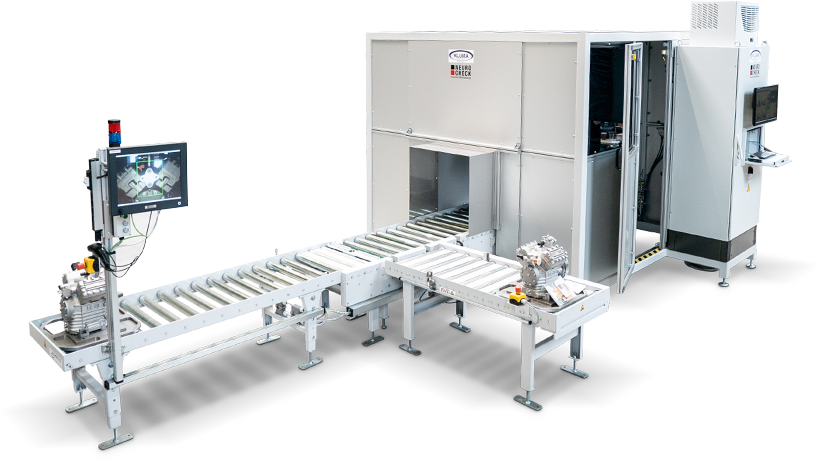 You are here: Home / Conveyor Systems / Integration into a test cell

Integration into a test cell

In order to meet the high demands of the automotive industry, several companies are working together on a solution for complex projects such as the robot test cell. KLUMA GmbH plans, coordinates and ultimately builds the entire test cell. Thanks to their many years of experience in the automation of assembly and testing cells, especially in the individual design of electrical, pneumatic and hydraulic automation, they are the ideal address for the integration of high-precision measuring techniques.

For these measuring techniques, KLUMA GmbH works closely with NeuroCheck GmbH, a global supplier of system solutions and software for industrial image processing. In addition to special hardware solutions, this partner also offers the appropriate software and control system for the entire project.

Synchronisation of measuring and conveyor technology

The challenge of the project was the synchronization of the measuring and conveying technology. The task was to check various compressors or compressors for transport refrigeration in the automotive industry in the planned plant for completeness of the installed components. Subsequently, the compressors were to be distributed according to the result in an area for correct and incorrect ones in order to divide them up for further transport or for reworking.

In the course of planning, the project was initially reduced to only one type. The task was still to design the plant in such a way that an extension of the system with additional types could be realized at short notice and without major modifications to the existing plant. The requirement for the conveyor system was not only the transport, but above all the exact positioning of the compressor mounted on a goods carrier in the area of the robot test arm. This runs along a precisely defined path to check all parameters and does not automatically align itself to the workpiece. In addition, the design of the conveyor system, especially in the area of the test cell, had to be adapted to it and aligned with the existing layout of NeuroCheck GmbH. 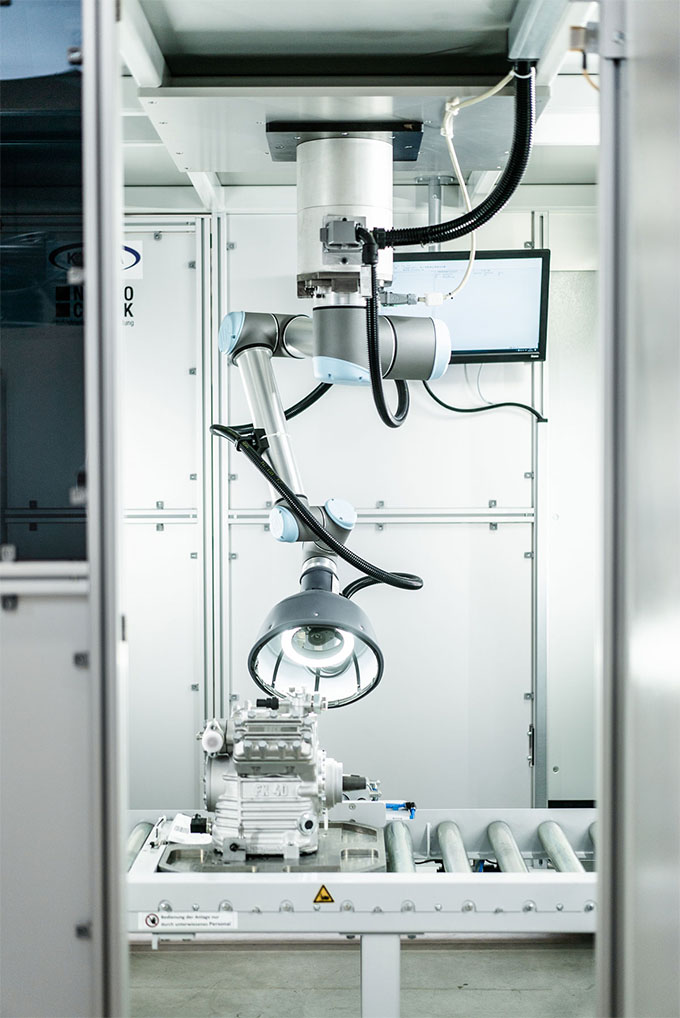 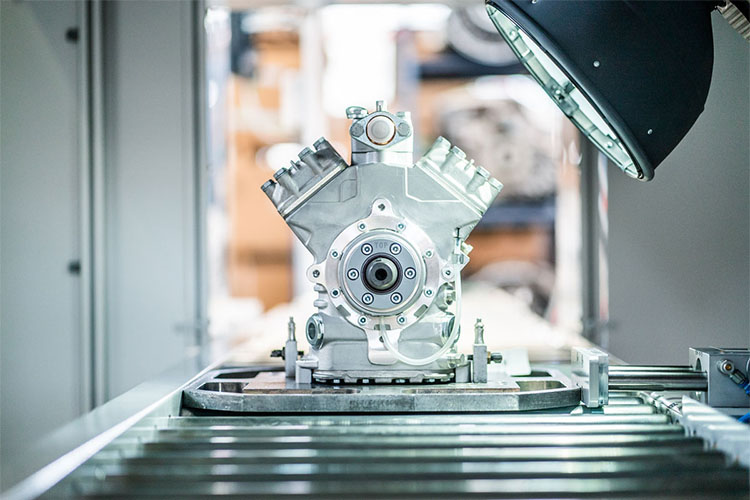 A modular construction approach with preparation for the next expansion stages, where additional elements can be added very quickly and easily, is the optimal solution here. In the first expansion stage, the carrier plate is still manually fed onto the upstream conveyor system, the QR code for the system’s inspection process is scanned and moved into the cell. There the workpiece carrier is aligned in longitudinal and transverse direction by a pneumatic system and checked for completeness of all components by the robot arm and other camera systems on the basis of 24 defined positions. After the inspection, the product carrier with compressor leaves the test cell and, if the test result is positive, is moved to a removal position for further processing by means of a chain ejector, or else transported to a corresponding place for reworking.

A control system is present at the post-processing position, which provides the worker with all the information that the inspection system has worked out. This enables him to make the necessary changes and subsequently confirm the workpiece as checked and OK. Various precautions have already been taken to expand the system. For example, the infeed section can be extended as required and can thus serve as a buffer section but also as a junction for introducing various other test objects. The system is already designed with a comfortable width and load capacity to be able to transport and test larger dimensioned product carriers. The chain ejector is also designed with an additional chain strand and a reversible drive for further transport of other types after the test cell. 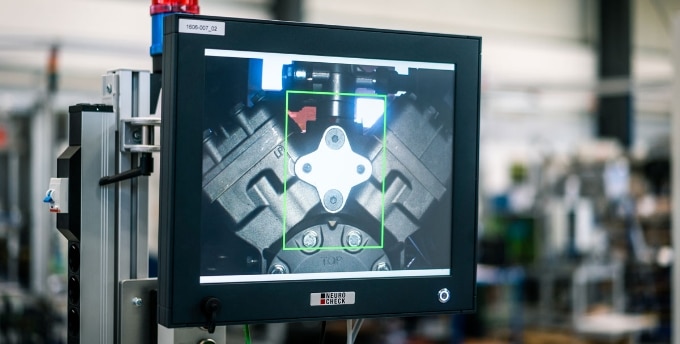 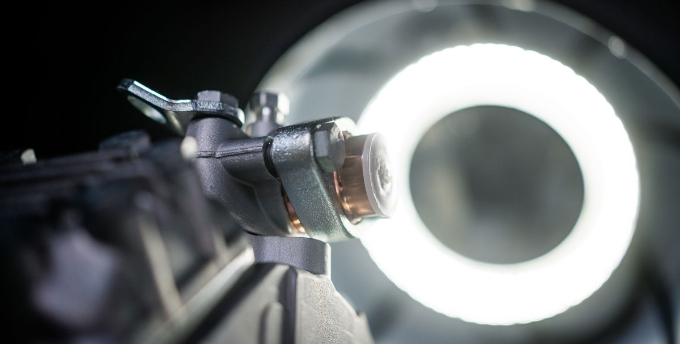 The individually planned conveyor system from ALFOTEC GmbH is an ideal complement to the robot test cell from NeuroCheck GmbH and enables the end customer of KLUMA GmbH to provide the finished compressors with a reliable seal of quality. The conveyor system offers: 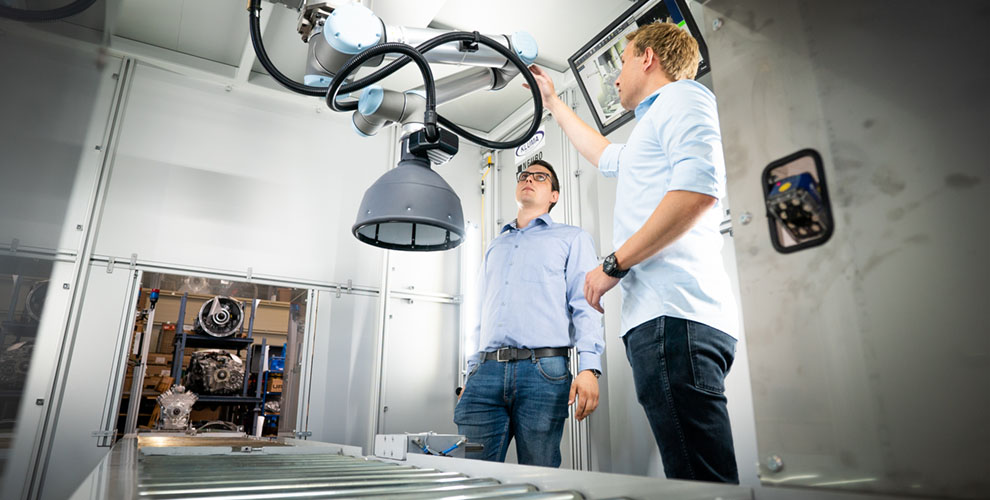 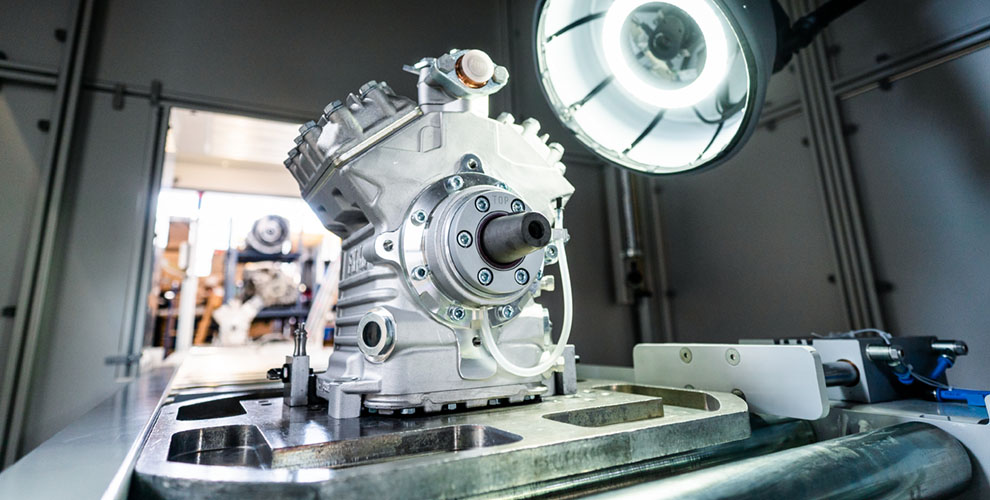 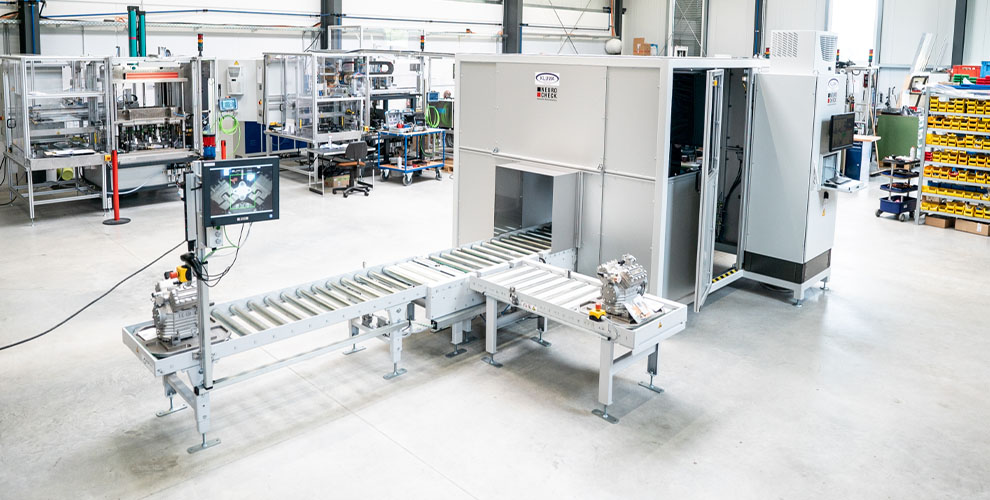 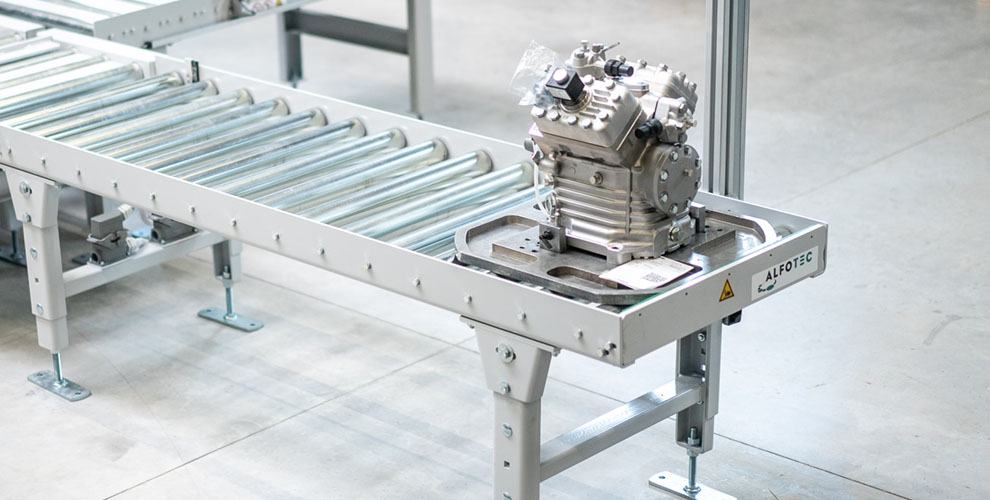 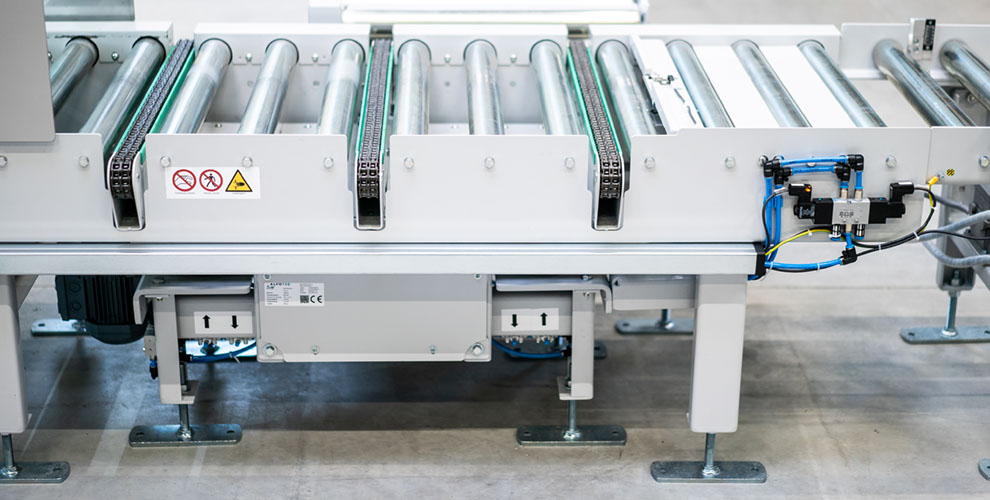 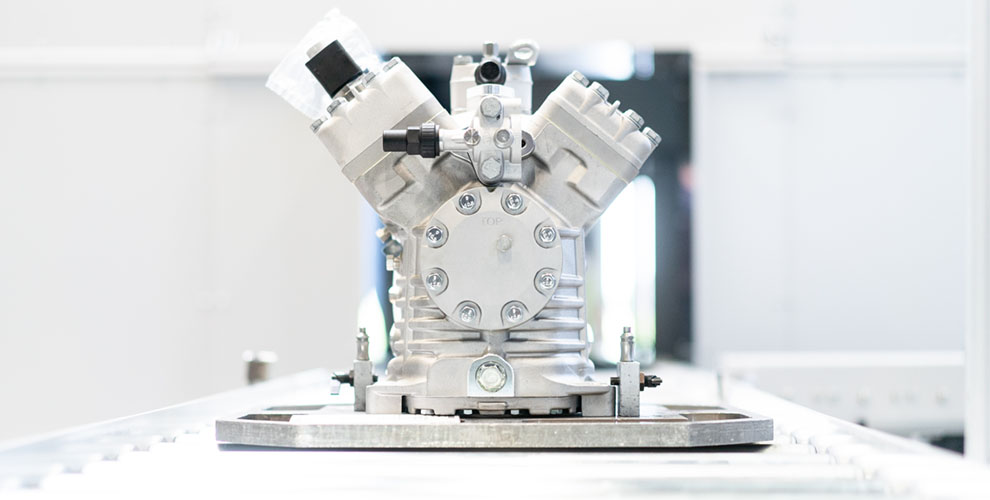